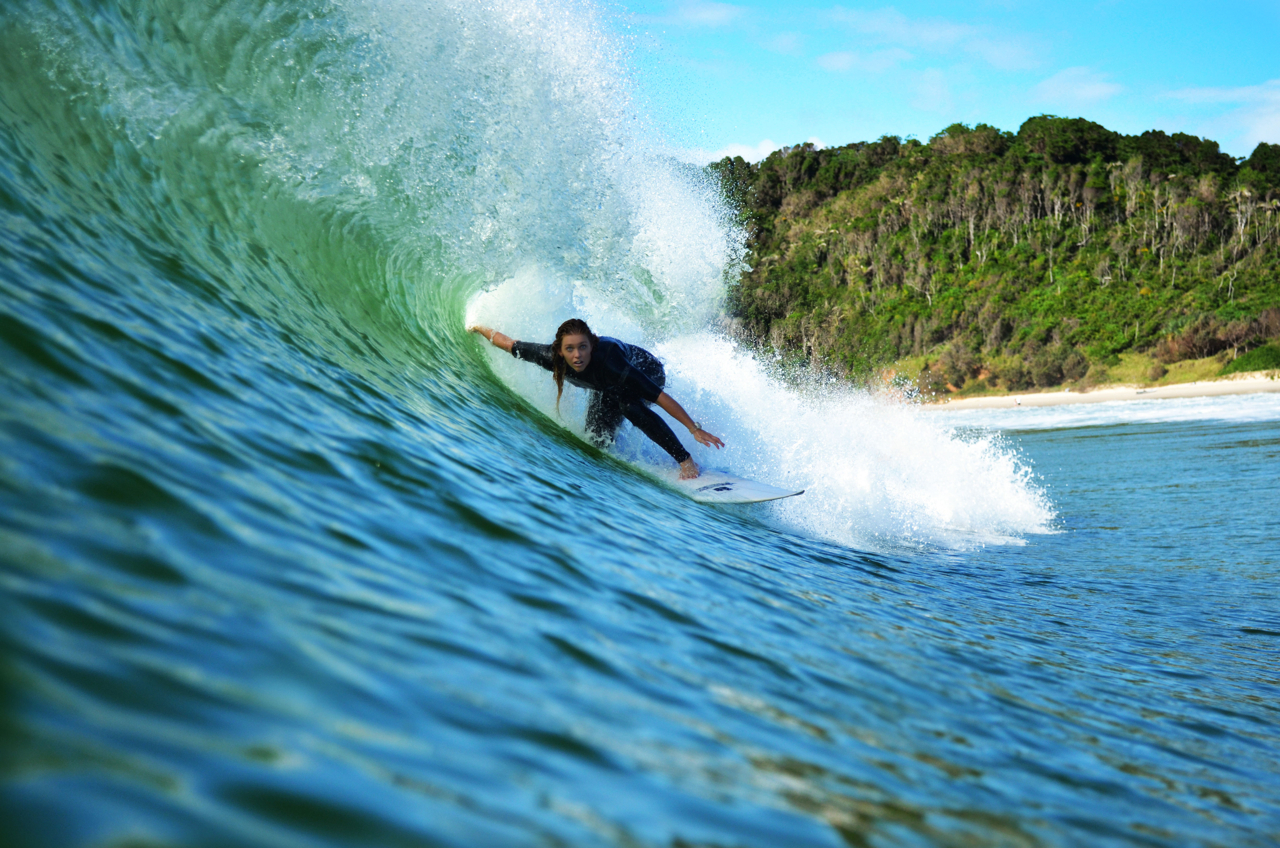 How would you compare your teenage years, facing the multiple obstacles of Crohn’s disease, with your most recent experience with surgery this year?

During my teenage years there wasn’t as much awareness and understanding, and even though a lot has changed since then, there are still some similarities in my experiences. I’ve now had a lot of experience with ileostomy surgeries and living with an ileostomy bag, but my most recent surgery had me feeling anxious with the unknown as I’d never had this type of surgery before and knew it was permanent.

As much as I could ask questions and relate to some people, there were still things I was uncertain about with what the outcome of the surgery would involve and how things would heal, function, look, and feel like moving forward.

How difficult was it at first learning to adjust to an ileostomy bag and symptoms from medication?

Before requiring my first ileostomy in 2007 I’d been treated with various medications and treatments, some of which had visible side effects. During my flare ups I was prescribed with prednisolone, which caused body changes and weight gain with a fuller and round face. Coping with this wasn’t easy, it did lead to self-confidence and at times was made worse due to a little bit of bullying.

I had just turned 17 when I required my first ileostomy bag, it was a daunting process and was something I’d always feared due to the unknown. It was a difficult time in my life where looks and appearance seemed so important for a young teenage girl, particularly in the surfing industry.

To my surprise, I was able to live a life with quality and still continued to travel and achieve a lot in the following years. The ileostomy bag was the best thing for my health, I was no longer in pain and I was the healthiest I had ever been.

Surfing with an ileostomy bag was a challenge but I soon adjusted to it all. I'd learned not to eat at least 1-2 hours leading up to going for a surf, I surfed in a one-piece swimsuit, and at times a wetsuit to keep everything in place on my stomach. People weren’t aware I had a bag attached to my stomach unless I was to tell them or they’d see me getting ready in the car park, other than that it wasn’t noticeable. I had a few mishaps with leakage and irritation while surfing but it was worth it just to be doing something I loved.

Throughout your complex journey with Crohn’s, how do you think you managed to always come back strong and positive? What has helped you grow into this person?

I think it became second nature; I’ve really known no different since my diagnosis at the age of 7 in 1997. I’ve always just told myself, “well what other choice do I have?”. I also think that surrounding myself with the right people and growing up with strong family values, work ethic, and a glass half full attitude has helped.

I’ll be the first to admit though that I’m not always strong and positive, I have hit breaking point several times and do have my emotional moments. Some people think of themselves or other people as weak when they hit that point, however, I’ve learned that it is not weakness at all – these moments are just a reminder that you are human.

It has been a frustrating and exhausting journey, but it has also been rewarding. I believe some of my most vulnerable
moments have actually turned out to be some of my strongest and most defining.

Everybody deals with some sort of adversity in their life, and we all have our own battles. I believe that it’s a matter of how you choose to deal with it that makes the difference. A negative situation may arise but there is always something positive to take from it, even if it is difficult to recognise it at the time.

What drives you to be a high-achiever and how has your love of surfing helped you remain positive? Could you describe some of the emotions you feel while surfing?

To be honest, I think my stubbornness has contributed to my drive to be a high achiever. I always set a high standard for myself and think that if I’m going to do something, I want to do it properly; whether it be sport, work, study, or life in general. It can be detrimental though, as I’m also my biggest critic.

I can be pretty hard on myself and it can take me a moment or friendly reminder for me to realise how much I’ve actually achieved over the years.

Surfing has been my escape since I started around the age of 12. As cliché as it sounds, it really is the one place that I forget about everything else happening in my life. At times, even forgetting that I have a bag on my stomach. Being in the ocean allows me to release any frustration, reconnect, and settle my mind.

My love for surfing has helped me remain positive in some of my darkest times, it has given me something to look forward to, a light at the end of the tunnel. At times when I’ve needed it most, I’ve not been able to do it due to health obstacles and extended time out of the water. However, it gives me something to strive towards both physically and mentally; on several occasions I’ve spent months and close to a year out of the water.

How has sharing your story with others helped you?

Sharing my story with others has been difficult at times; sharing your personal experiences can be a confronting process. It has helped me with my own journey in a way that it has allowed me to accept certain aspects of it, it has also helped me recognise and break down some of my own barriers and become more comfortable with things by voicing what I’ve been through.

It has helped me connect with other people in the IBD community and form friendships with people who I would have never crossed paths with if it weren’t for our experiences. Sometimes the best people to reach out to are the ones who are living with IBD themselves; other people’s stories have helped me just as much as my own has for others.

From a young age you have faced near-death experiences and pain. How do you think this has changed you as a person?

Each of my experiences have helped shape me into the person I am today, and I am still growing. I have developed a high pain threshold and my experiences have taught me not to take things and people for granted, including life and even the simplest of things. It has reminded me to be more understanding, patient, and compassionate towards other people.

I do still get emotional at times and I’m not sure I’ve fully come to terms with all of my experiences. However, I’ve learned to embrace my experiences for what they are; feel the emotions, sit with it, let it out, and reset. The good, the bad, and everything in between; it has all helped shape my character and the woman I am today.